CBD is all the rage in the public sphere these days, but how much does the average person actually know about it??In this issue of Cannabinoid Profiles, the properties of CBD?are broken down and the therapeutic benefits are explored. Get to know this cannabinoid and discover what studies are currently being done to determine its wide variety of medicinal benefits.

Cannabidiol (CBD) is the principal non-psychoactive cannabinoid present in the cannabis plant, occurring in the largest concentrations after THC. Beyond being not psychoactive, CBD is a powerful anti-psychotic drug and valuable for anyone with psychosis or schizophrenia. CBD has been shown to be a better anti-inflammatory than THC and Ibuprofen, it is also at least as effective as THC for treating pain and managing tumors. CBD has a wide range of therapeutic uses ranging from physical ones like pain relief to mental ones like relief of anxiety and depression. Due to the fact that it is non-psychoactive and strongly medicinal even in small doses, CBD is highly recommended for treatment of children, the elderly, and anyone who wants to remain clear headed yet medicated. CBD appears to change how THC affects the body, making it less psychoactive and more therapeutic. 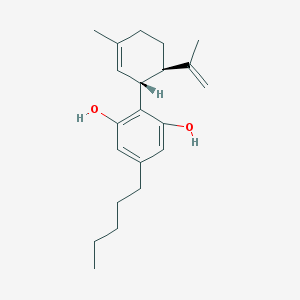 Anti-Diabetic ? CBD is the only cannabinoid identified that helps lower blood sugar levels.

Anti-Ischemic ? CBD is the only cannabinoid identified that reduces the risk of artery blockage.

Antipsioratic ? CBD is the only cannabinoid identified to treat psoriasis.

Antioxidant ? Prevents the damage of oxidation to other molecules in the body.

Anxiolitic ? CBD is the only cannabinoid identified that relieves anxiety, but two terpenoids also help (linalool and limonene).

Immunosuppressive ? CBD is the only cannabinoid identified that reduces function in the immune system.

Intestinal Anti-Prokinetic ? CBD is the only cannabinoid identified that reduces small intestine contractions.

Neuroprotective ? Slows damage to the nervous system and brain.

Vasorelaxant? CBD is the only cannabinoid identified that reduces vascular tension.

Cancer: A study was published in 2007, regarding ongoing research being done at San Francisco?s California Pacific Medical Center, showing that CBD inhibits a particular gene (Id-1) which is responsible for the growth of cancer cells in the body. By inhibiting this gene CBD shuts down the growth of cancer cells, potentially stopping or even reversing tumor growth. While it is premature to say that CBD cures cancer, it is worth further research.

Dravet Syndrome/Epilepsy: In October of 2013, the Food and Drug Administration (FDA) approved two clinical trials assessing the therapeutic uses of CBD in treating intractable epilepsy in children. The CBD preparations are being made by British pharmaceutical company GW Pharmaceuticals, makers of Sativex. Dravet is a rare seizure disorder where usually children will have their first intractable seizure before they are even one year old, and in exceptional cases seizures can last over 24 hours. Harborside, where I work, has a famous patient named Jayden, a young boy who uses a CBD-rich tincture to treat his Dravet Syndrome.

Inflammatory Bowel Disease/Crohn?s Disease: CBD shows a lot of promise for controlling the inflammatory responses and discomfort caused by Crohn?s disease and IBD. CBD has so much potential to regulate these diseases that it is being considered for a new class of IBD drugs.

Alzheimer?s Disease/Dementia/Memory Loss: CBD?s strong neuroprotective and antioxidative effects work together to counteract the effects of aging on our brains, fighting off memory loss and dementia. 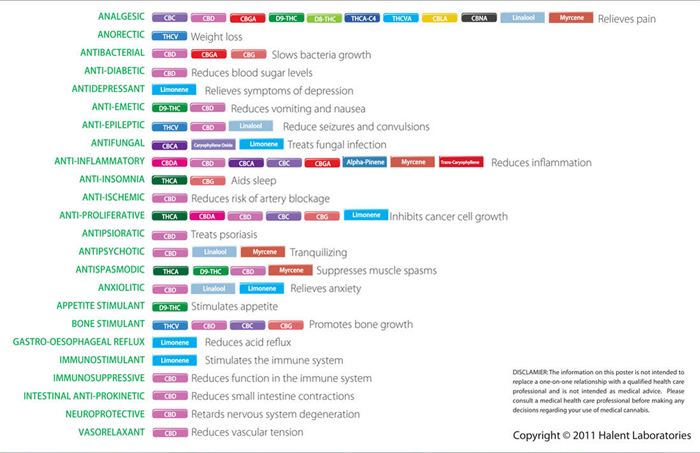